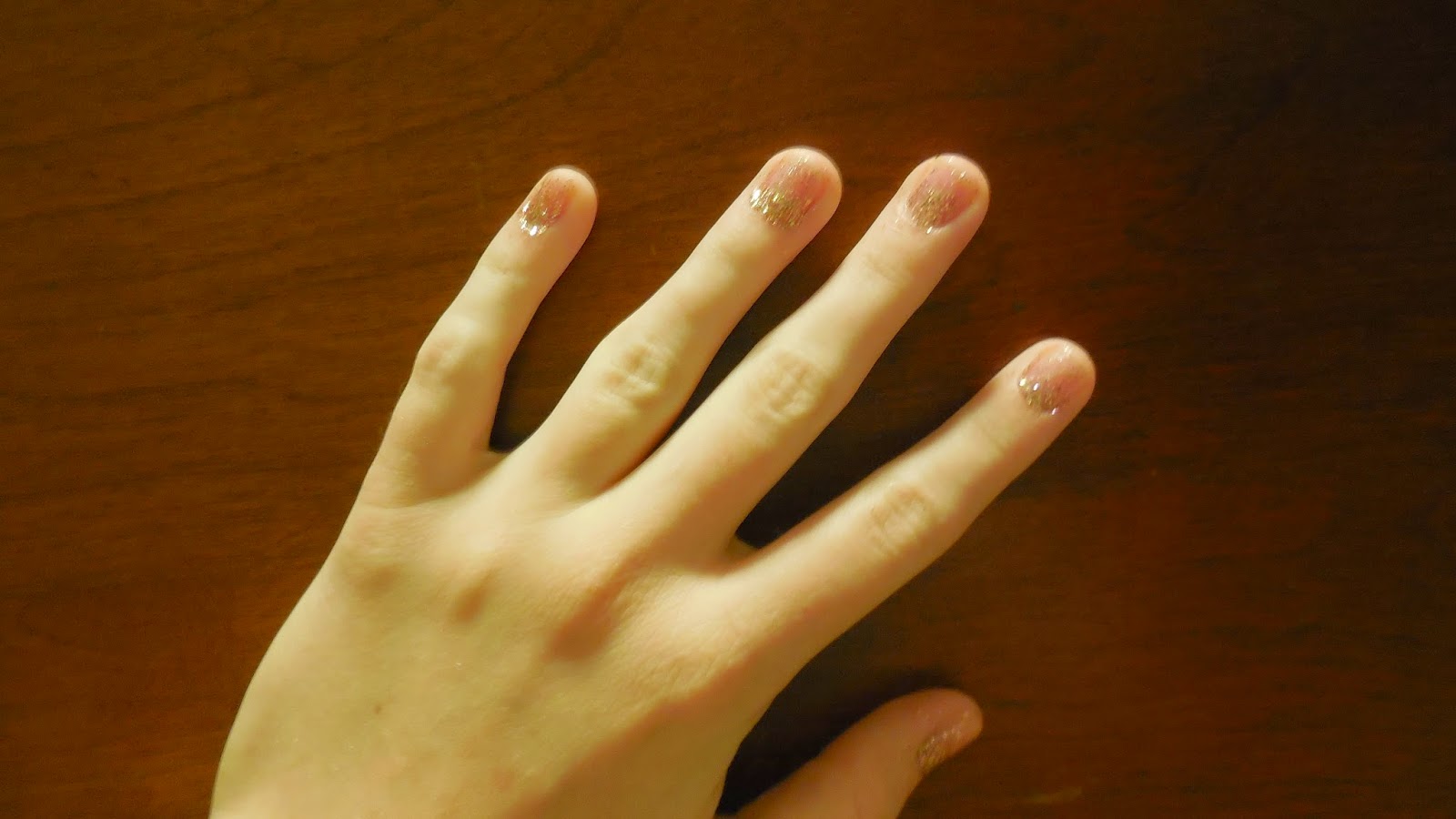 Well, no, not in general, that would be terrible (I have a near perfect record of messing up my nails before they dry every time I paint them), but I was having a glitter-fit last night, so yeah, just this once.  It's hard to tell in the pictures, but it's basically an ombre thing, with the glitter solid near the base of the nail, and gradually fading to just barely sprinkled on towards the tip.
The thing about clear nail polish is that dries faster than regular nail polish, and also, because it's clear, if you do mess it up, you probably won't be able to tell.  In other words, even I can use it.

The first step is to mix your glitter on a paper plate.  Of course, you could just use one color, but that would label you as a super boring person, and who wants to be that?  I used pink and gold, because I love pink and gold.  It reminds me of rose gold, which is the prettiest kind. 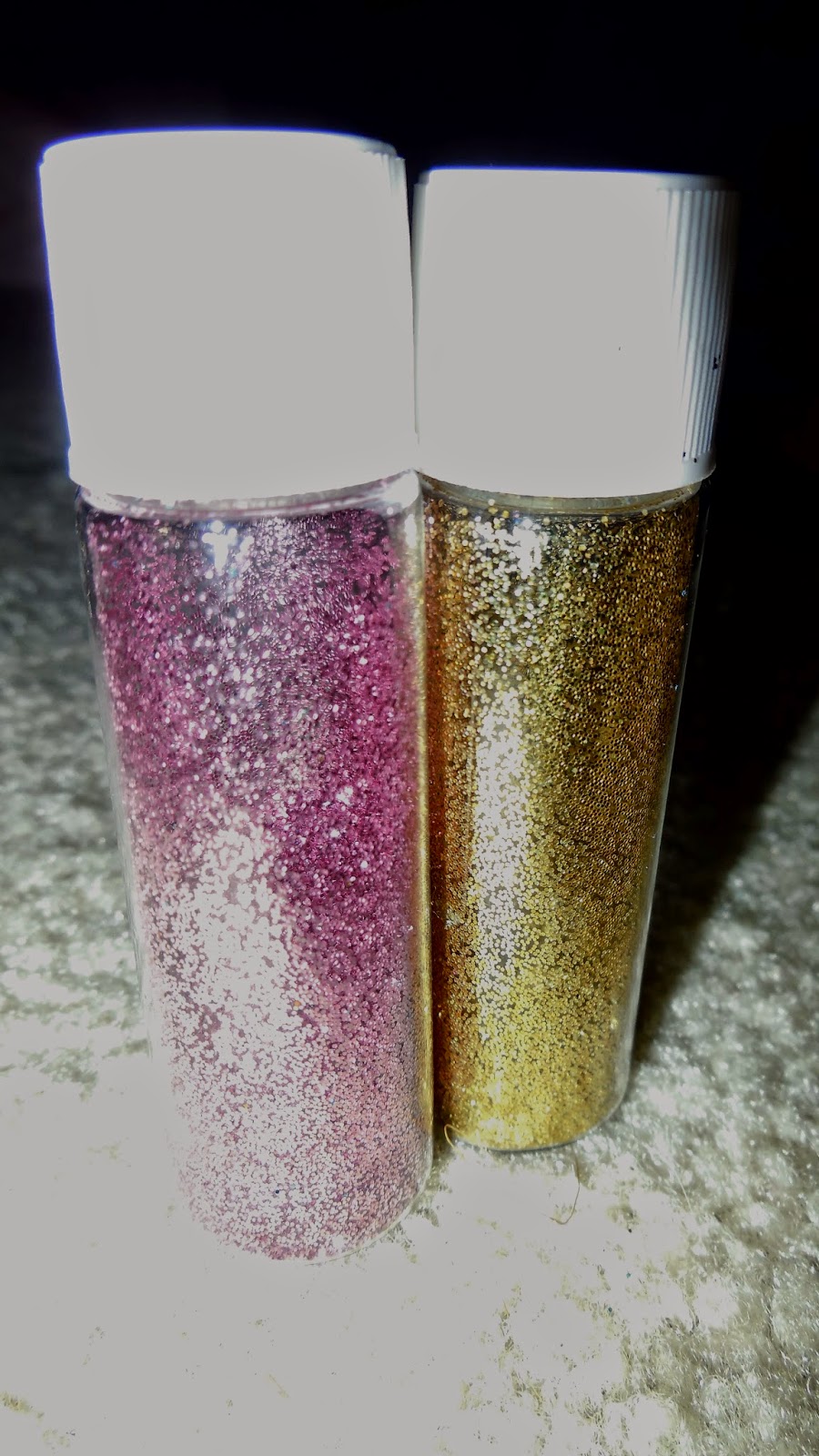 Now, once you've mixed them, one finger at a time, paint the nail and, holding it over the plate so it doesn't get everywhere, sprinkle the glitter on over the base.  After that you may want to sprinkle it really lightly over the rest of the nail, but I found that it scattered enough that I didn't usually have to in order to get the look I wanted.  By the time both hands are done, the base coat on the first hand should be dry, and you can give it a topcoat to keep the glitter where it's supposed to be.  I actually gave it another topcoat after the first one dried just to be extra secure.  It's doing a great job of staying put!

Because I said that I did it because I was already having a glitter-fit, you may have been wondering what it was I did to get into it.  Well, BWSC (my favorite conference) has a tradition that a couple students started before my time, of people sticking clothespins on each other, and it's great fun, and usually they just have quotes, or jokes, or random fun things to say on them, but this year I decided to cover mine in glitter instead!  I used more or less the same technique (base, glitter, two layers of glaze) as for the nails, except that I used a glue and water mixture instead of clear nail polish, and coated them instead of sprinkling them in glitter. 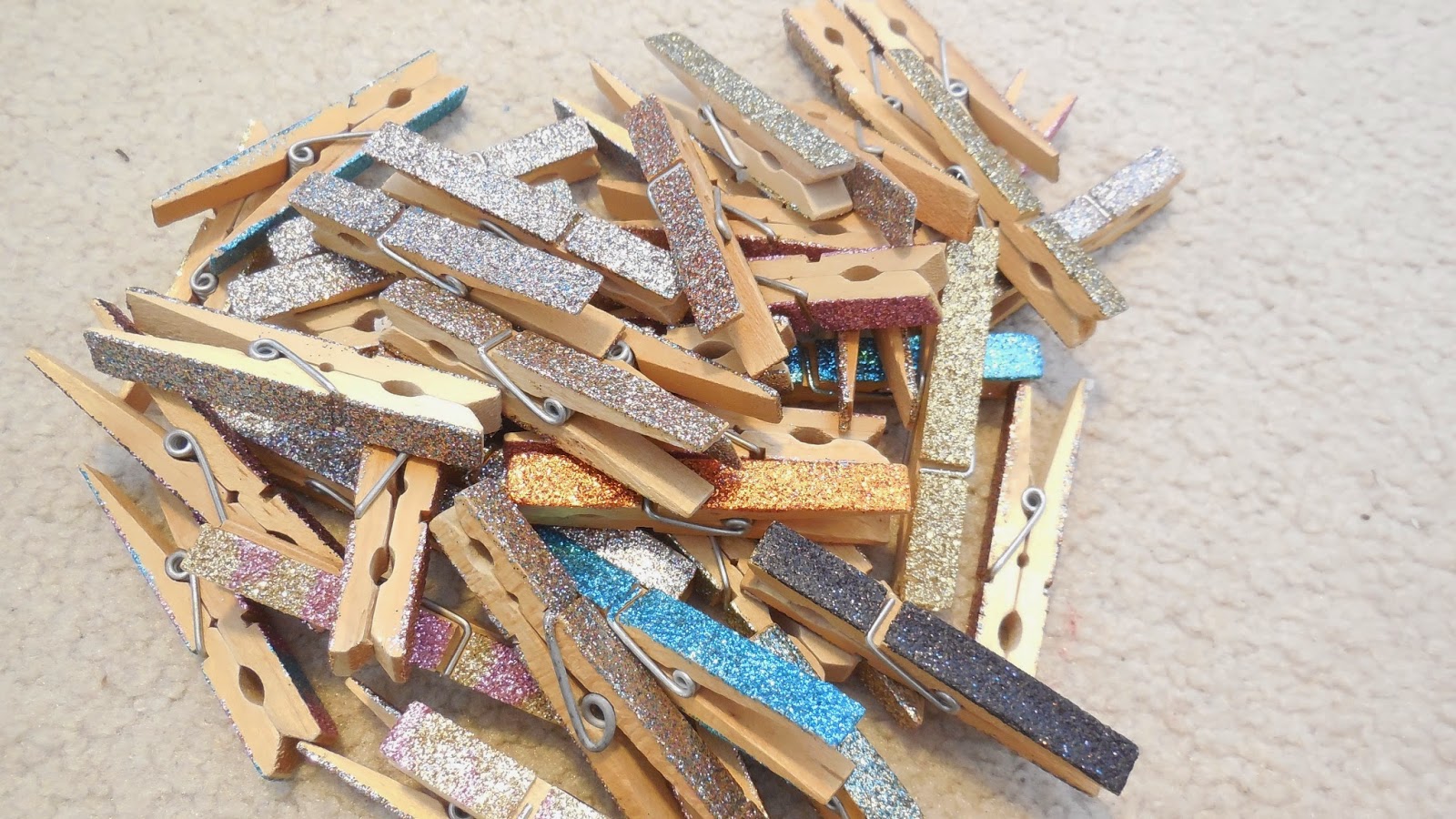 Rebecca
Beware the explosions of enthusiasm that are sure to ensue, about cooking, sewing, grammar, and anything else I happen to be thinking about.